The Chair of the Board and the Chief Executive are responsible for making sure our Board of Trustees have the right mix of skills and experience necessary to effectively govern the Hospice. We recruit new trustees according to the needs of the Hospice. 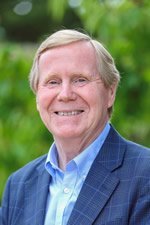 Robert Mee joined the Board of Trustees of the Hospice of the Good Shepherd as Chair in March 2018.

Robert had a 40 year career in banking and financial services and held senior roles including Managing Director of Capital Bank in Chester and Chief Executive of Bank of Scotland Retail Bank before leaving in 2002 and then as a Non-Executive Director for a number of Companies.

Robert also chairs the Cheshire Oaks partnership board and is a trustee of Cheshire Young Carers. 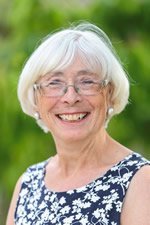 Margaret Hopkins Chairs the Income Generation Committee and is a member of the Finance and Investment Committee and a Director of the Hospice Promotions Company.

She worked as a Teacher and then an Advisor with the CAB followed by extensive work in the voluntary sector.

Her Father was cared for at the Hospice and this was a major influence when she joined the Hospice Fundraising Department in 1999, working there until her retirement in 2006.

She also enjoys golf and travel when not actively involved in caring for her grandchildren. 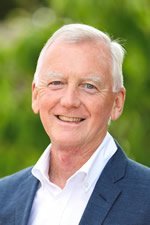 Stephen Britton is Chair of the People and Development Committee as well as a member of both the Income Generation Committee and the Finance and Investment Committee.

He worked for 17 years as Managing Director of Siemens Healthcare Diagnostics in Caernarfon, North Wales.

In 2003 he was awarded the OBE for his contribution to the diagnostic industry.

As a Biochemistry graduate with over 30 years in the healthcare sector, Stephen has knowledge, skills and experience which are relevant to the business of the Hospice. 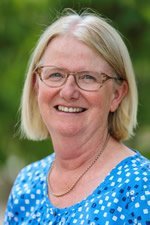 Dr Isabelle Hughes joined the board of trustees in November 2014. She is now the Chair of the Care sub-committee.

For nearly 30 years she was a general practitioner in Chester and before her retirement in 2013 she spent 18 years at City Walls Medical Centre. Her particular interests were female health and medical education.

Isabelle has greatly appreciated the assistance given by the hospice to her patients and colleagues and is now delighted to have the time to help support its management and delivery of services. She is married with two adult children and enjoys golf, walking and family life. 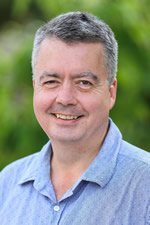 Andrew Banks is a Chartered Architect with over 25 years’ experience in the construction sector in a wide range of sectors, including residential, healthcare, industrial and schools.

His architectural background gives him the ideal skills and experience to chair the Health and Safety sub-committee.

Andrew is married to Liz, they have three children and live in West Kirby on the Wirral. Andrew enjoys long walks, art classes and swimming. 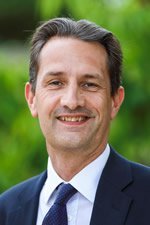 Bill is a Chartered Accountant with over 25 years’ experience in general practice advising a wide range of owner managed and family businesses on accounting, taxation, audit and business development matters.

Bill has worked at Morris & Co Chartered Accountants for 19 years, the last 12 year as a partner in the firm.

Bill joined the Hospice Board as a Trustee in May 2015 and chairs the Finance and Investment Committee. 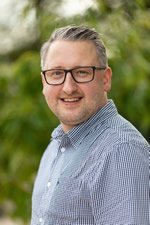 Dr Gavin (Gav) Eyres is a Senior Manager in the NHS. For the past decade he has worked in national NHS organisations in a variety of roles: National Research & Evaluation Lead, Programme Director, Deputy Director of Operations and National End of Life Care Emergency Care Lead. He currently manages a national programme to reduce healthcare associated infections across England.

Gav is passionate about end of life care and previously worked for the National Council for Palliative Care (now Hospice UK). He joined the Hospice Board in 2018 and chairs the Information Governance Committee.

Born at the Countess of Chester, and growing up in Hawarden, Gav is committed to improving end of life care services in the local community. Gav is an advocate for equality and diversity, and co-chairs the NHS LGBT+ Staff Network. He lives in Hoole with his partner Pete, a local GP. 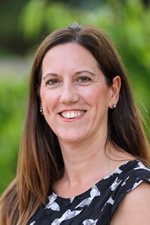 Justine Watkinson has been Head of the Employment Law team at Hillyer Mckeown for 15 years working with many clients across the UK and has been listed in the Legal 500 for the last 5 years as a HR and Employment Law solicitor of choice.

Many of her friends and family have had the benefit of the amazing care that the Hospice provides and she feels that volunteering as a Trustee a very important role and a great way to support her local community.

Justine a born and bred Cestrian, a keen runner and is passionate about historical fiction and city breaks.

She has been married to Paul for 23 years and has 2 beautiful daughters. Justine’s background is invaluable for her role on the People and Development sub-committee. 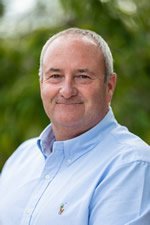 Martin Howlett has had 25 years’ experience in education, coaching and mentoring. He currently works for Cheshire Connect as CEO and the Youth Federation as an Operations Director and Designated Safeguarding Officer.

Martin also works for Achievement for All as an Achievement Coach. He supported the Department of Education in the role-out of the 2014 Children and Families Act. 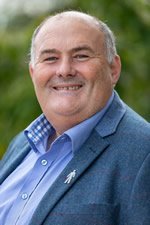 Mike Davies is Managing Director of Catalyst Group and has responsibility for over 30 staff. Catalyst have been providing Property Management & Specialist Healthcare Interior Design since 1999 and have been instrumental in changing the way people design residential healthcare interiors, with a specialism in designing for residents with Dementia.

Prior to this, Mike was Director of Property & Procurement at Community Integrated Care (CIC) which was a leading not-for-profit service provider and registered charity. 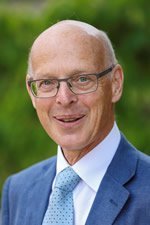 Dr Neil Fergusson joined the board of trustees in September 2017 after working as a consultant anaesthetist with an interest in intensive care at the Countess of Chester Hospital for 26 years. He retired from full time work in 2013 and part time work in 2018.

At the beginning of his retirement from full time work, he spent two and a half years volunteering in Nepal with International Nepal Fellowship treating people in isolated communities and helping set up a new Ear Hospital in Pokhara.

Neil is married to Hilary, they have three adult children and 2 grandchildren. They live in Barrow, near Chester. Neil enjoys running, walking and anything to do with mountains, he is a keen gardener and has a smallholding with a few sheep and chickens. Neil is delighted to be able to continue to use his knowledge to help support the excellent care provided by the Hospice.