The modern Hospice movement was founded by Dame Cicely Saunders with the establishment of St. Christopher’s Hospice in London in 1967. This inspired many people across the country to follow her lead and currently there are over 200 Hospices in the UK providing end of life care to over 200,000 people each year.

“You matter because you are you, and you matter to the end of your life. We will do all we can not only to help you die peacefully, but also to live until you die”

History of Hospice of the Good Shepherd

Early in 1983 two nurses attended a meeting of the Chester Lions and spoke about their work in caring for patients suffering from cancer. When asked where they were based the nurses explained that they had no base but talked about the idea of a local Hospice.

Under the leadership of Noel Rouse, acting Secretary of the Chester Lions, they approached local business leaders and healthcare & community leaders to see if there was sufficient interest in the idea of a setting up a local Hospice in Chester. Following a considerable groundswell of support, a community meeting was held on 28th September 1983 in Chester Town Hall where it was agreed to set up a working group and committee. At a subsequent meeting on 15th November 1983, Vivienne Smith was appointed as Chair of the inaugural Hospice Committee.

The first public meeting of the Hospice was held in September 1983 at Chester Town Hall. The meeting was called by Chester Lions to gauge support for the creation of a local Hospice. 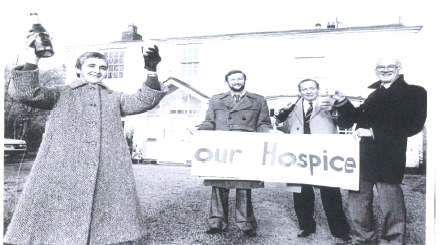 Former Vicarage and grounds at Backford, Chester is bought at Auction for £85,000 and the first hospice shop in Northgate Street, Chester opens it’s doors.

By the first AGM on 12th February 1986, an Appeals Office located in Hunter Street was established and raised over £250,000. Architects Lovelock, Mitchell & Partners were appointed to design the Hospice.

The Hospice appeal reaches its target of £600,000 and in September 1987 and work commenced in Backford by Joseph Finney & Son. The Bishop of Chester, Dr Michael Baughen, laid the foundation stone of the In-Patient Unit in November 1987.

A Hospice Development Trust is formed to attract new funding from the local community and businesses. The Hospice launches an appeal with the aim of raising a further £400,000 to run the Hospice.

The Hospice of the Good Shepherd opens on 6th February 1989 and the first patient is welcomed by Matron Mrs Ann Teaney and staff. The Hospice is officially opened by HRH Diana, Princess of Wales, escorted by the Duchess of Westminster, our Patron and watched by many supporters, staff and volunteers. 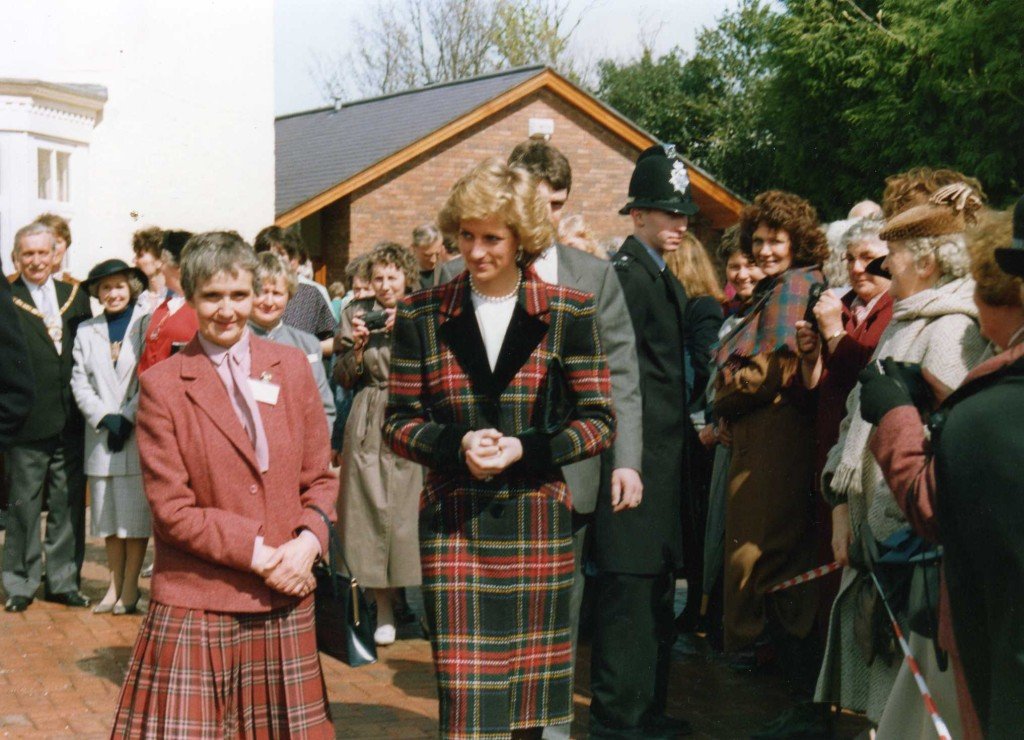 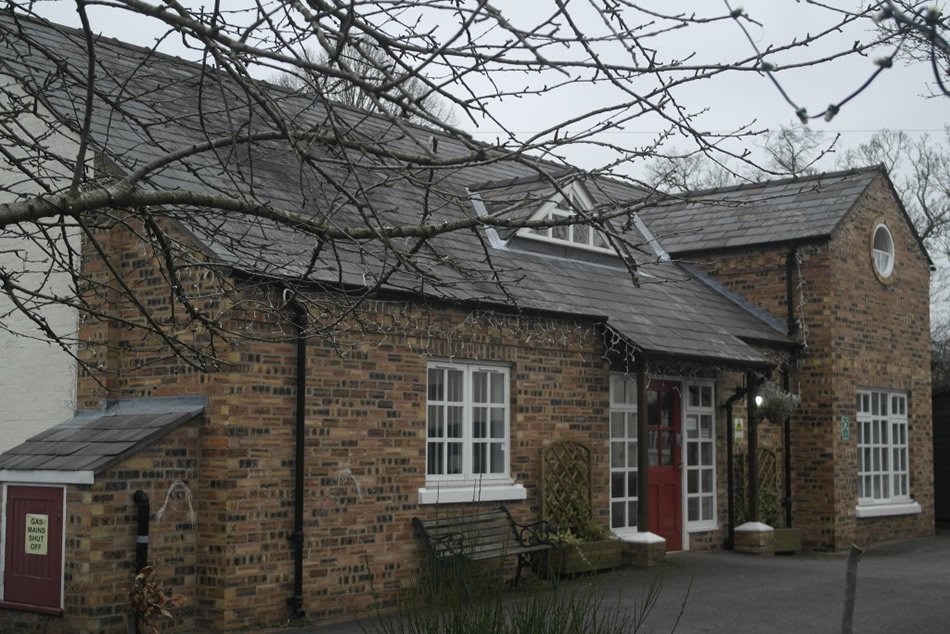 The Hospice ’99’ appeal was set up this year to mark the 10th Anniversary of the opening of the Hospice to raise funds for a new and improved reception area and Day Care.

The inner courtyard was refurbished and opened by Hospice Chaplain and Chief Executive.

Our beautiful rose garden was opened in the grounds of the Hospice allowing a quiet space for reflection and remembrance.

A Department of Health grant of £550,000 was used for major refurbishment of Hospice facilities.

Breaking-ground for the Hospice’s new Living Well Centre takes place with Hugo Deynem, Lord Mayor of Chester and Her Grace The Duchess of Westminster. 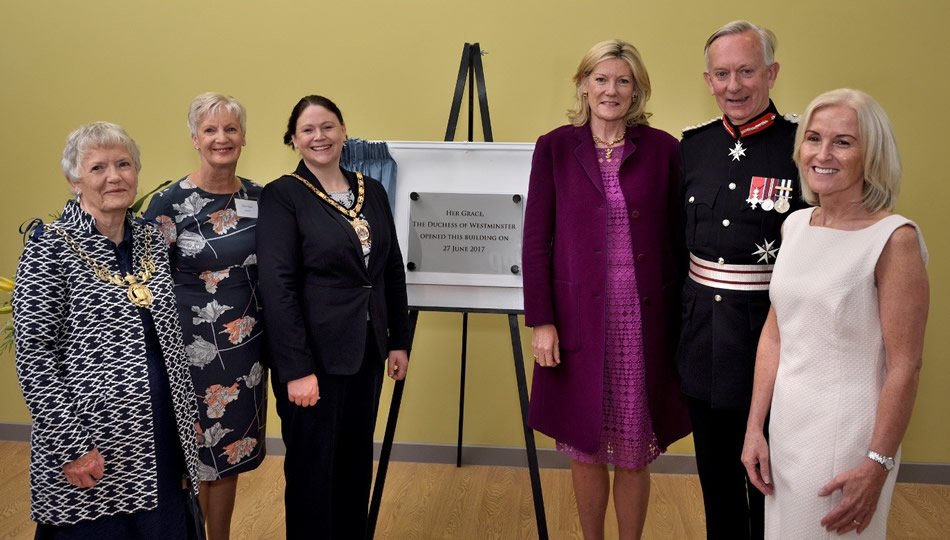 The Hospice appoints Robert Mee as the new Chairman of Trustees.

In April 2019, the Hospice of the Good Shepherd celebrated its 30th Anniversary, something the original founders of the Hospice should be very proud of. We shared our celebration with over 500 members of our local community supporters and volunteers. The demand for our services continues to grow as does the cost for delivering these services.

Later this year, in July 2019, we continued to celebrate our 30th Anniversary with the Forget Me Not Appeal, launched by the Mayor of Chester, Councillor Mark Williams and The Dean of Chester, the Very Revd Tim Stratford.

During the summer of 2019 we carried out some landscaping to the Hospice garden which included a patio and seating area allowing visitors and staff somewhere to relax.

We received a letter from the Care Quality Commission (CQC) following some feedback they had received from a member of the public and we are delighted to be able to share an excerpt from it with you.

“I have received communication from a member of the public who used your service recently. They provided some very positive feedback on your organisation and the care provided by yourselves. I just wanted to echo their praise to you on the service you give and for all the hard work you do.”